"Ninja: Their Philosophies and Duties" 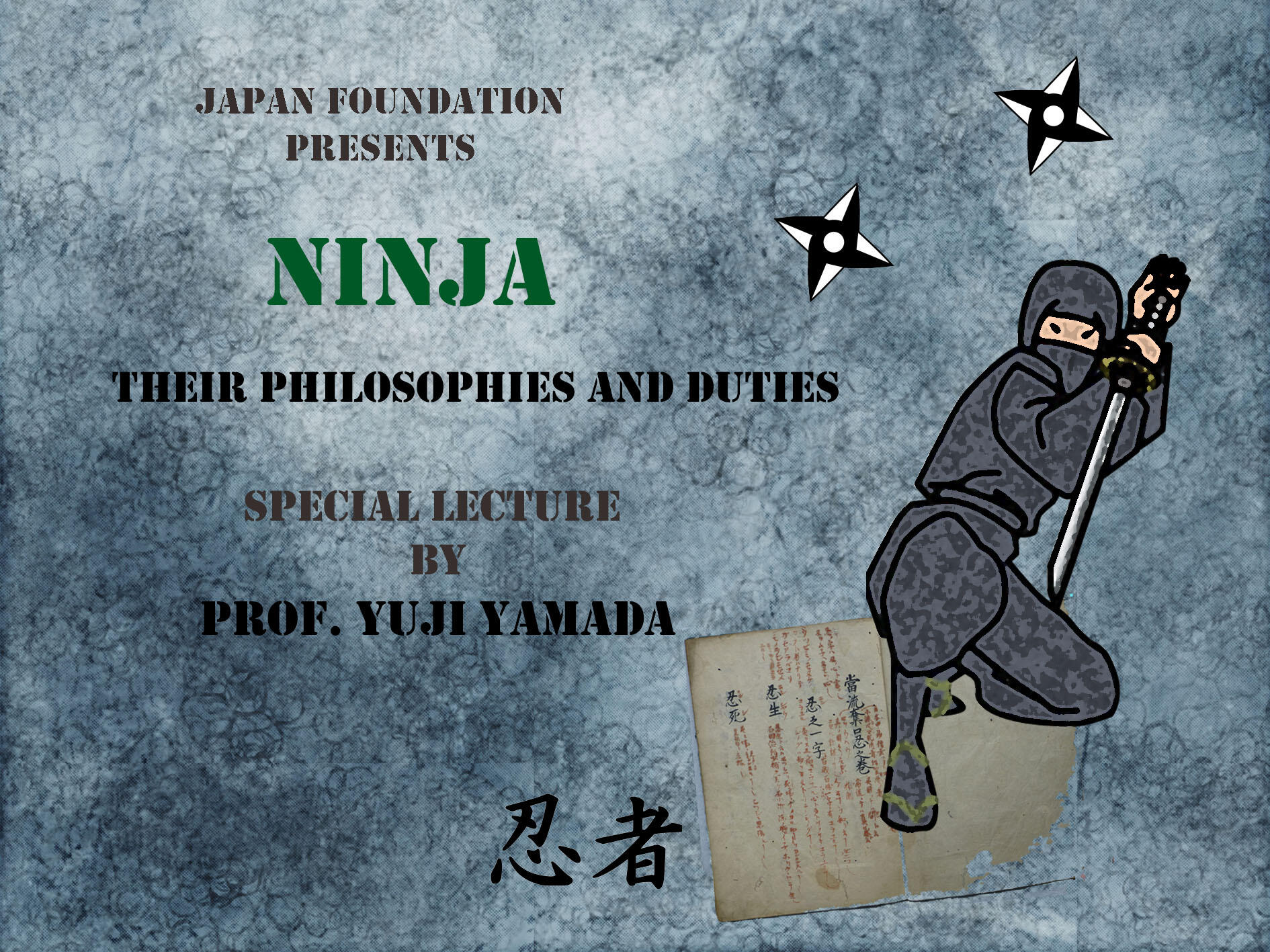 Telework Ninja - it's the new term invented in response to the Covid 19 pandemic in Japan. The 'ninja' terminology is used here to, rather sarcastically, refer to those who have vanished from the working scene as the work from home system was introduced, but keep up the pretence of carrying out their job. This negative use of the term 'ninja' would likely not have been appreciated by those whose profession traditionally focused on the principle of keeping out of sight.

So, what were the true ninja's secretive endeavours, roles and duties? What philosophy and mindset did they embrace in working as a ninja?

Based on his new research, leading expert in the field of ninja, Prof Yuji Yamada from Mie University in Japan, will explain the historical work done by real ninja while examining if any of their spirit and skills can be transferred to us in the modern age.

Prof. Yuji Yamada is a specialist in medieval Japanese cultural history and serves on the Faculty of Humanities, Law and Economics at Mie University, Japan. He earned his Ph.D. in history from Tsukuba University. His research focuses on the history of 'vengeful spirits', strange phenomena, Ise shrine, and ninja studies. His most recent publications include The Spirit of Ninja (2019).